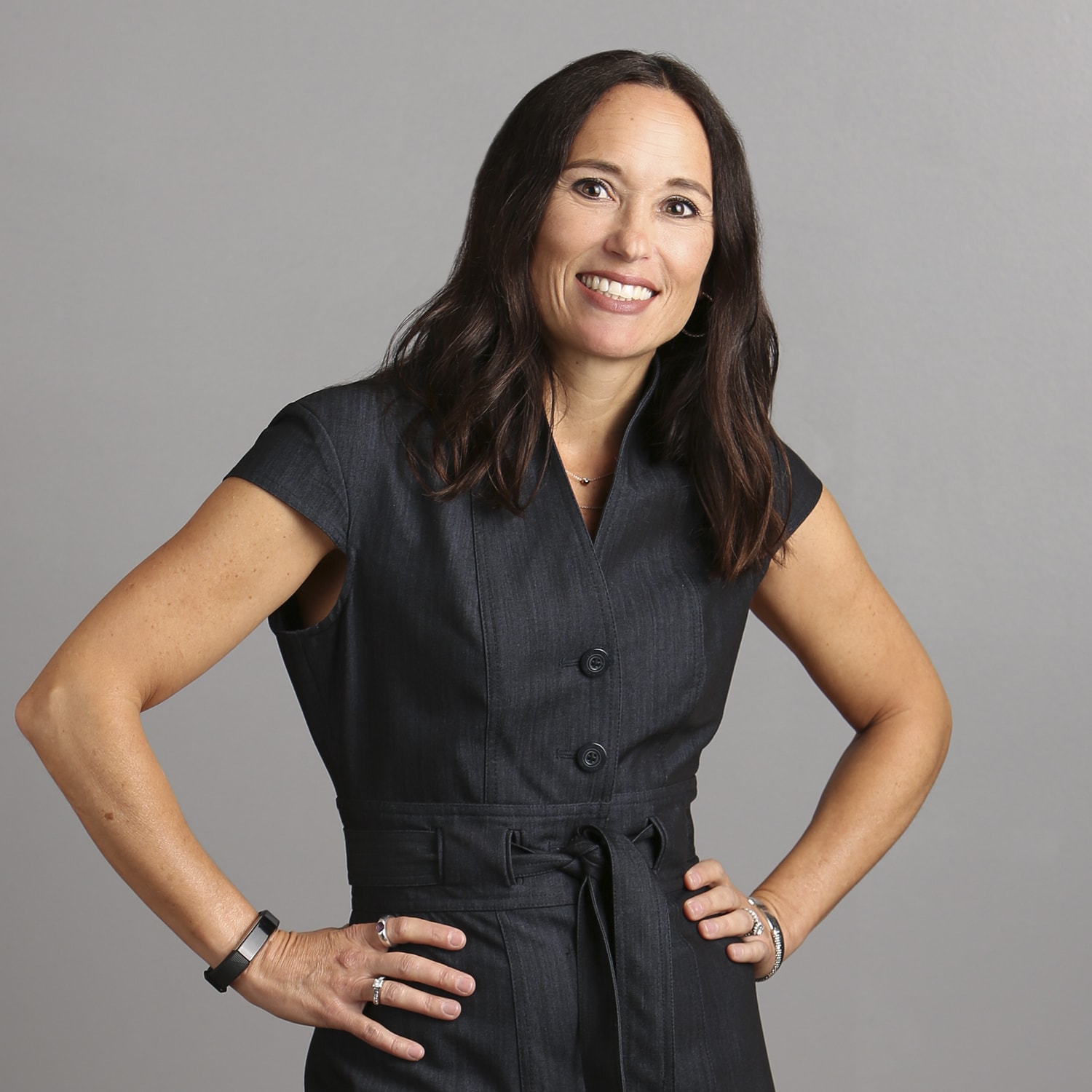 There are two types of people in the world, those who get stuff done and those who tell you why they can't. Guess which one Lanie is? Her action-oriented mindset has driven Lanie to lead our teams to achieve many milestones at The DRG. A big part of her job is working with the Senior Management Team to lay out a roadmap for the company’s future and guide the strategic planning that leads us to achieve our goals.

Lanie often uses the analogy of amplifying the consumer’s voice to describe the purpose of marketing research. She believes an insight is only meaningful if it helps our clients “hear” their customers more clearly. When we can do that, we make our client’s job easier. They can take the intelligence we deliver and swiftly turn it into ways to improve their customers’ experiences.

As a University of Wisconsin-Madison graduate, with a degree in Computer Science & Statistics, Lanie started her career at a global employee benefits consulting firm. After three years of invaluable experience and a first baby on the way, she felt the need to find a work home that would provide the kind of work-life balance she desired. The DRG was a perfect fit. The family-first work culture her father, Bob Dieringer, helped create, paired with The DRG’s relentless pursuit of exceptional client service and quality, was exactly what Lanie was searching for. She started the ground floor, programming surveys and processing data – the rest is history.

When she’s not logged-in at work, Lanie loves spending time with family. She and her husband were permanent fixtures in the stands at both of their two sons’ basketball and baseball games, as they were growing up. These days, she loves watching college sports, biking, taking on home remodeling projects, and spending time with her husband on the beach, near their home in Florida. 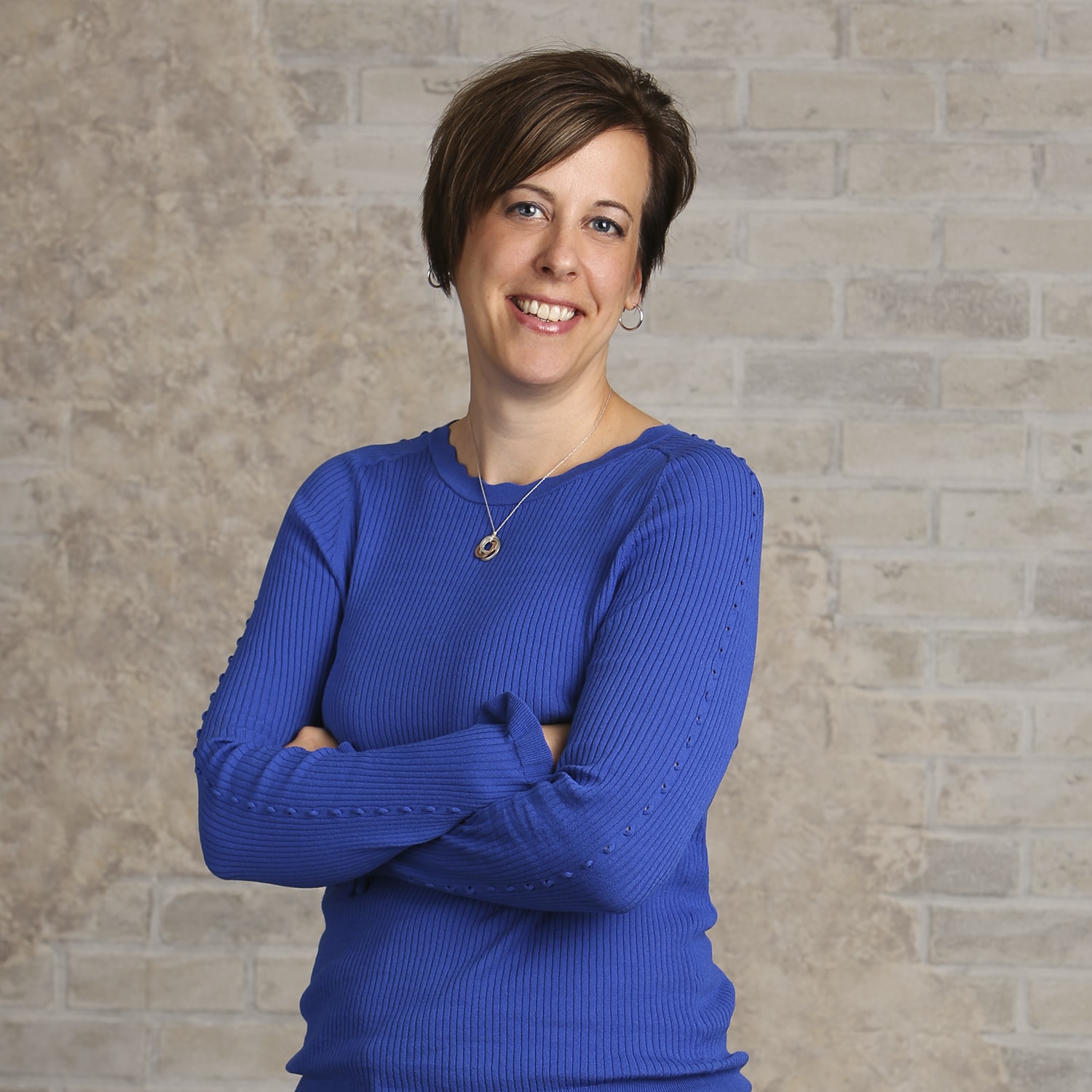 Finding answers to complex problems is Shelley’s passion. It's what led her to a career in marketing research, and it's what makes her excel as a leader. Her leadership style is something like an Olympic coach. Having worked her way up through nearly every position in our Research Services group, she knows full well what it feels like to be in the heat of the race. And, like a world-class coach, she pushes her teams to reach their highest potential.

She sets uncompromising standards for quality excellence, celebrates achievements, but then challenges her teams to reach even higher the next time. As a member of our Senior Management Team, Shelley works to ensure The DRG is delivering on our promise to provide our clients intelligence they can trust. She does that by asking questions, relentlessly. What essential information do our clients need in order to make smarter business decisions in less time? How will the data we collect help our clients enhance the products and services they provide to their customers? By keeping these questions at the forefront of every mind, Shelley shows others how to always “look to the data” to find the answers needed.

When studying marketing at of Wisconsin-Eau Claire, Shelley instinctively recognized that marketing research was the field for her. It requires a perfect combination of logic, reason, creativity, and imagination. That just so happens to describe Shelley to a tee.

Outside the office, you may catch Shelley having fun at the dog park with her precious pups, Gomez and Eddy. She loves spending time with family, especially when she can spoil her nieces. Shelley also practices yoga, is an avid photographer, backyard gardener, and wine enthusiast. Red Zinfandel is her if you’re wondering. 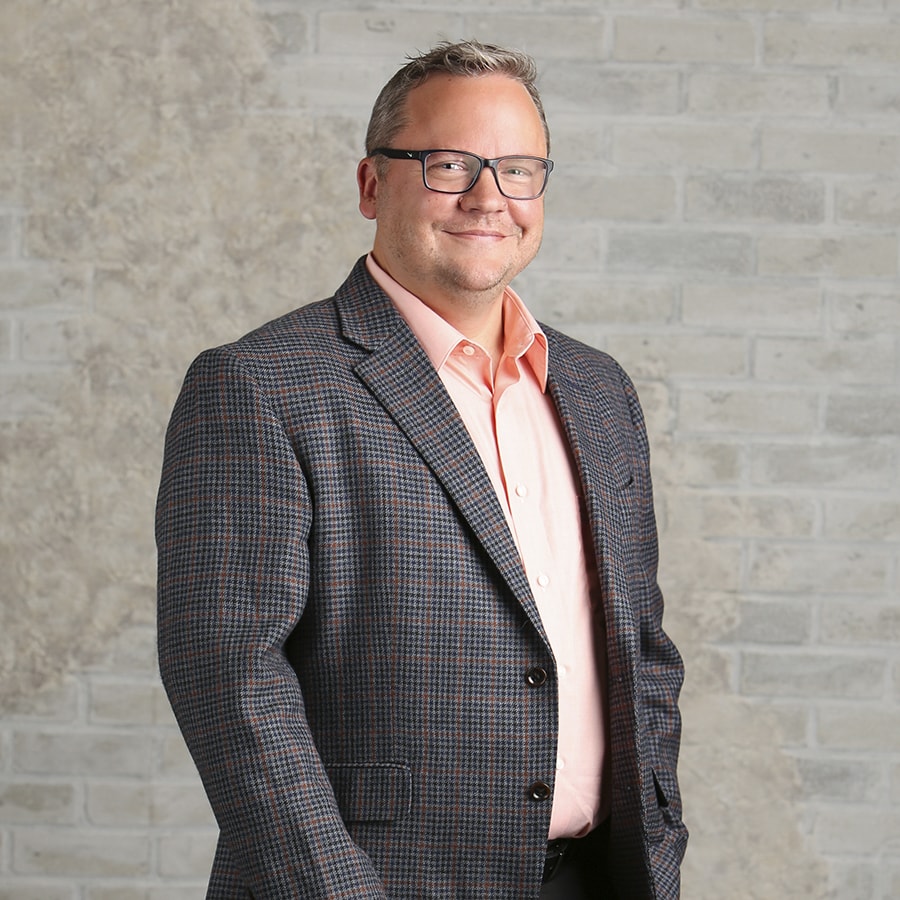 Ron is someone who's always on the search for a better solution. During his tenure here, Ron has been instrumental in advancing The DRG's technology infrastructure, implementing rigid security and compliance protocols, and enhancing the capabilities of our Research Centers. He's our resident champion for automation and process efficiencies.

Evidence of that can be seen in every online survey, heard in every phone interview, and witnessed in every focus group conducted at The DRG. As one of the members on our Senior Management Team, Ron plays an integral role in setting The DRG’s growth strategy, business goals, and key directives. He leads, not by telling people what to do, but by guiding them to find new ways of doing things when unexpected challenges arise. Ron’s known for his quick wit and sense of comedic timing, which comes from an innate talent for improvisation. He uses that skill to nurture a deeply collaborative work environment, where team members learn to build off of one another’s contributions. That creates an atmosphere of trust, mutual respect, and leads teams to achieve together what individuals would not be able to do alone.

Ron believes the opportunities for our employees are because that’s been his experience here.

He became a DRGer in 2001, as an IT specialist. At the same time, he pursued his degree in Business Management at Cardinal Stritch University. Today, he sets the course for the company’s technological innovations.

When he’s not leading his teams to invent the future, Ron loves spending time with his wife and their two sons. On the weekends, you may pass him on the bike trails, or run into him at a vintage record store. 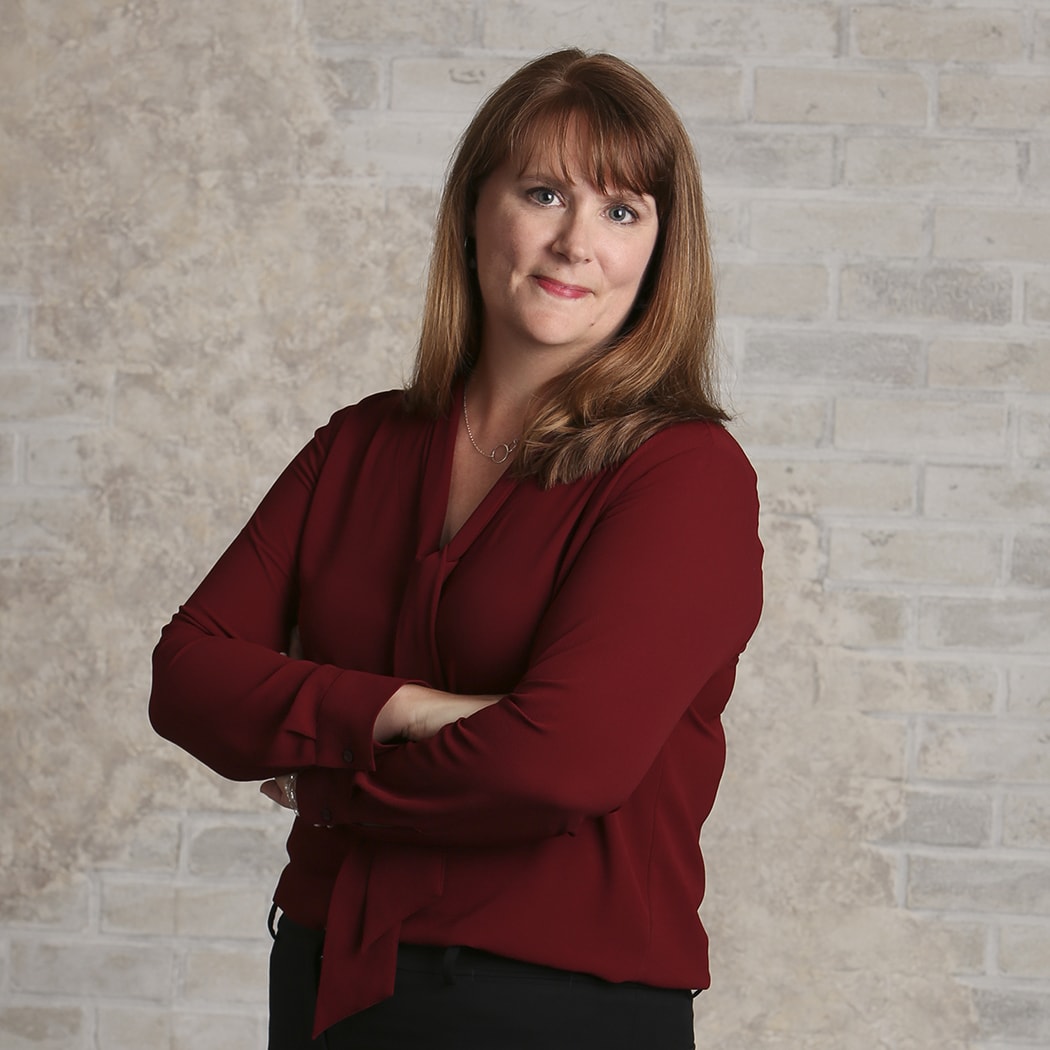 Nikki has never seen herself as a salesperson. What she is – is a relationship-builder. And she’s been building relationships on behalf of The DRG since 1999. In her role as Vice President of Business Development, Nikki focuses on her passion for nurturing one-on-one relationships with clients to help them meet their business challenges.

She’s held positions of increasing responsibility in Research Services, Client Services, and Business Development at The DRG prior to being promoted to Vice President early in 2021. Nikki says the company’s focus on finding the gifts and talents of team members helps employees grow, while the company benefits from promoting from within. Her career trajectory is proof of that.

As a member of The DRG’s Senior Management Team, Nikki focuses on developing strategic partnerships with firms that provide complementary services to strengthen and expand the company’s research offerings. This is one more facet of the relationship building Nikki puts such a value on. It’s also living proof of how she’s guided by The DRG’s core value emphasizing that “individual excellence fuels collective success.”

Nikki has a Bachelor of Arts degree in Sociology, with a Business Minor from Monmouth College in Monmouth, Illinois.

Nikki’s passion to see growth extends beyond The DRG. At home, she tends to her flower and vegetable gardens to help them grow. When the gardening season is over, Nikki turns to quilting as a hobby. She and her husband also serve as coaches for a youth sports team. The latest addition to Nikki’s family is an English bulldog named Maggie.

Learn More
The DRG uses cookies on our site. This allows us to understand how visitors use our website so we can continue to improve it and provide the best experience possible. By continuing to browse our site, you agree to our use of cookies.OkPrivacy Policy